THE UNBEARABLE DARKNESS OF BEING 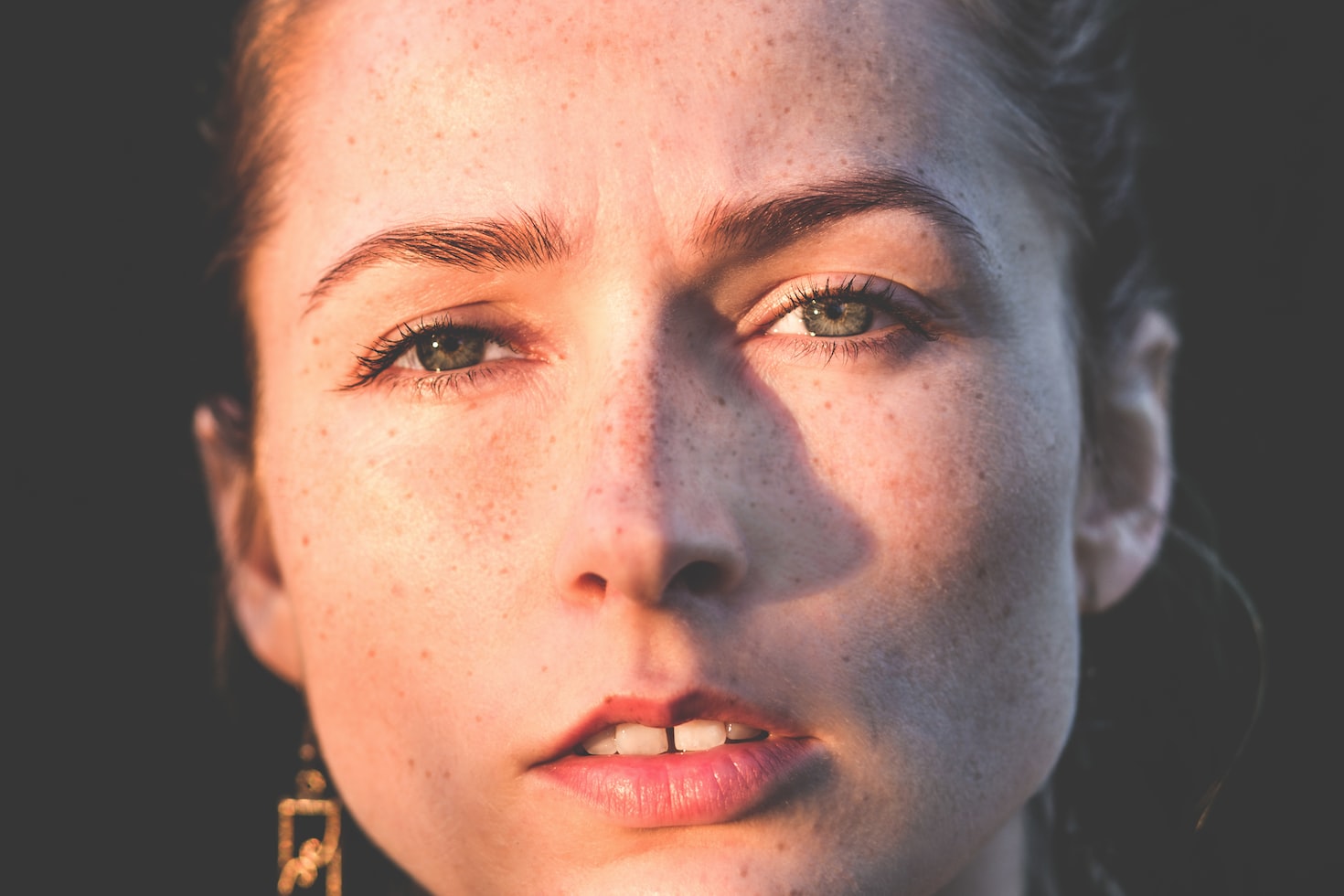 Last year, I was approached by a popular lifestyle website to write an exposé as an undercover sugar baby. I knew this story had been done before by countless other sites and many other young female journalists – but this particular publication wanted my perspective as a slightly older observer with a journalism degree who was already very skeptical and (if I’m being honest) judgmental about the whole thing.

Midway through my research and my membership on one of the most popular sugar arrangement sites out there, I transitioned from a freelance writer to a staff reporter, and under contract at my current company, could not publish this piece for this particular website. Nevertheless, I decided to finish up my allotted time, and continue jotting down rigorous notes. Inevitably, I thought, I would find the right outlet, the right angle, the right timing.

Well, in light of the uproarious Ashley Madison hack, it feels like that time is now.

Releasing personal information upon unanswered threats is never to be commended. However, this particular hacking (along with the info garnered from Established Men, another popular sugar baby site) is raising a lot of questions and many mentions of karmic retribution. Do these cheaters deserve to be outed or does everyone deserve their privacy? Will there be an uptick in divorce rates? Are people’s lives in danger? Are government workers really so clueless that they would use their work email addresses? And of course: IS MY SPOUSE OR SIGNIFICANT OTHER ON THE SITE?

I can’t help but think about how I would feel if I were involved in this in any way – either as a cheater or a cheatee. And though I have never been cheated on (as far as I know) in any of my relationships, I can tell you that this brouhaha is bringing up some of the feelings of despair I had after spending time and talking intimately with a surplus of men who all happened to be married.

The exposé was intended (on my end) to unearth some hidden facets of the ever-intriguing sugar baby/sugar daddy arrangement – something new, something fresh, something exciting. I went in thinking I would definitely find something noteworthy. And I did. It just wasn’t what I thought I’d find.

I decided to go with the most well-known site for sugar baby/sugar daddy arrangements out there – it had an easy-to-use interface, many, many prospects within New York City (and beyond), and I still have my university email address, which allowed me to join for free.

I had planned to sign on for three months with a finite end date, but I ended up being on there for six months? Why? Just like dating in real life, it turns out it takes a bit of time to meet people who don’t seem completely creepy, and it also takes some time to pick up traction and get accustomed to what people respond to and what they don’t. This is not match.com, after all. Plus, I really wanted to get a sense of all the different kinds of men out there. Artists, lawyers, filmmakers, financiers, CEOs, start-up geeks, etc.

The pictures section was difficult. How much do I show? Should my face be visible? Were my chances better if I had on a skimpy outfit? I decided to take a look at the other young women on the site, the other sugar babies. 99% of them were stunning. Seriously. It was truly shocking. The only women I had seen who were this beautiful I had only seen on the runway at Victoria’s Secret’s annual fashion show. I consider myself to be pretty decent looking, but not a model by any means. So I used a photo of me in a bikini on the beach, looking down wearing a baseball cap. With plenty of filtering, it was good to go. I felt safe enough that were I to be reverse image’d on Google, no one could find out any of my personal information.

After I signed up, I was kind of excited. Honestly. I thought this would be a fun assignment, that I’d write a light and sparkly piece about the glamour of it (to those who desire to do it) and the underbelly of it (the danger, the blackmail). The effects that this assignment had on me, however, I never could have foreseen.

I met 17 different men over the course of my six-month period on that site. Out of those 17, I met five of them more than once. Out of those five, four were married.

I felt that without a doubt I would be subtly pressured for sex at best, and at worst, find myself in some kind of danger. But really, the scariest moment I had was when I received an email from a supposedly famous film director who sent me this message: “Meet me at the bar of the Trump Hotel, second stool from the left. I will come in, we will have a drink, I will blindfold you and then take you upstairs to a room. $3,000.” I was horrified just reading this, and then immediately sympathetic. After all, had I really been desperate for money – for rent, to pay back an urgent loan, for an ill parent, many of the reasons why young women get into the sugar baby lifestyle (or the “Sugar Bowl”) in the first place – wouldn’t I have gone? If I am speaking in truth, perhaps I would have.

My dates were mainly a collection of dinners, drinks, sometimes even workouts (mainly running in Central Park). The men ranged in age from 35 (I am in my late 20’s and advertised myself on the site as 24) to 70. Yes, 70 years old and married.

Sure, there were mentions of intimacy or an “arrangement,” but even for a site that was so brutally honest in its advertising, there were all these rules for covertness and propriety, according to very seasoned sugar babies. “The SB must never be the first to mention money. Online messages must not go past three or more. Never dress revealingly, lean more towards business casual.” So basically, it was like all the rules enforced when it comes to a regular date, no?

Here’s the interesting thing. The majority of men I met with were in fact, cheating on their wives, or fully intended to cheat on their wives. And they spoke very openly about their marriages and their personal problems at home.

I asked them questions about why they were doing this, exactly. Answers ranged from matter-of-fact (“there’s no more spark there”) to downright sad (“my wife was just diagnosed as manic bipolar, so we have no relationship anymore”). I also asked – did their spouses suspect? Did they feel guilty? Did they consider this not technically cheating since emotions weren’t placed as a priority? And on and on.

Oddly enough, every single married man, in his explanation to me, insisted upon how much they truly loved their wives. I know what you’re thinking. Ridiculous. A lack of respect means a lack of love, right? They’re compensating for the cheating by verbally expressing love for women they clearly do not value enough not to cheat on. After all, paid affairs or free affairs, there is always a risk of getting caught and ruining your (apparently very valued) marriage.

And this is where I, as a person and single female, not as a writer, was overcome with a sense of unexpected devastation. To meet man after man after man, who declared one after the other after the other, that they loved their wives and then promptly wanted to discuss how much and how often, was unconsciously jarring. You cannot know how it feels until you hear it for yourself, until you see the looks on their faces, the body language of these men. They could be anyone – your husband, your boyfriend, your brother, your father.

These were nice men. Cute, even. Ivy-educated men who were sweet to their children, wonderful listeners, and great at their jobs. Who loved their wives. And wanted to pay for affairs.

Do you see the disconnect? Truthfully, I think it would have been better if these men had said, “You know, I married my wife too young and thought I loved her, but now we have children and it’s just too late.” One man said that to me, and whether I should or shouldn’t, I found I respected him for it.

As the months and weeks went on, I realized slight changes in my attitude, my thinking, and my behavior. As I walked down the streets of New York and saw an attractive man who wasn’t wearing a wedding ring, I’d quickly grow excited (as usual), and then automatically think, ‘So what, he’d cheat on me eventually anyway.’

It got worse. I’d see men at the office, inside restaurants, pushing their babies in strollers on the Upper West Side, and all I would think was: “Cheater, Cheating, About to Cheat.” It didn’t end. It wouldn’t stop. It was impossible not to think this way. And while it almost sounds comical, there was darkness there. Hopelessness can be very bleak and psychologically damaging. The thoughts I had were hateful, biting, raw. And eventually, it started to worry me.

Would this affect my own chances of getting married or entering a serious relationship? Would I never be able to trust anyone? Although six months might not seem like a long time, being bombarded with an onslaught of men who said one thing and simply did another had inflicted irreversible damage.

It frightened me immensely.

With the Ashley Madison hack and the consequent release of thousands and thousands of client names, I cannot help but consider my possible naiveté. With every data dump, there are more names. And more names. So many cheaters, so much cheating.

Listen, I already knew this site existed. But it’s one thing to watch a cheesy commercial touting “Life is Short. Have an Affair.” and quite another to see endless pages upon pages of names. I was a simple witness, not a victim – and yet I am deeply affected.

I wonder how many of those caught will insist they love their wives.